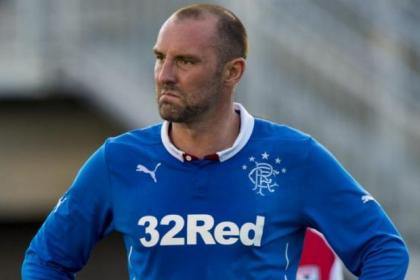 Examining where Rangers’ weaknesses
are could take Einstein several millennia to complete, such is the richness of
material to analyse. However, breaking it all down to the most basic
denominator, football’s currency is in goals. Pure and simply the number of
times you score and the importance of scoring more than your opponent.
That is Football for Dummies, Vol
1.
And that is the most imperative
place to start and indeed outright focus on when it comes to Rangers.
In the playoffs, Rangers have
scored 6 goals, and every single one of them has been from a different player.
Clark, Miller, McGregor, Shiels,
Smith, and Wallace have registered a goal a piece, and while some might argue
it is a good thing to spread goals out, the sheer impotence up front from those
whose job it is to find the back of the net really does highlight one of the
most stark of Rangers’ many failings this season.
Rangers’ top scorer this season,
comically, is the horribly patchy and inconsistent Nicky Law, who has found the
goal 10 times from midfield. Yes, 10 goals has been enough for Law to be the
Club’s top scorer, while Haris Vuckic weighs in at second with 8 goals –
indeed, a player who has only been here for just under four months has scored
more goals than anyone else bar Law and Clark.
Next we have Miller with 7,
although he could argue his deeper position has certainly lessened his chances
of scoring more, and he may have a case, but the fact he is our second top-scoring
striker with an absurdly pathetic 7 while Clark’s
mere solitary extra one is enough to make him the number one sums it up.
Meanwhile Hibs’ Jason Cummings is
top scorer in the division with well over double that amount on 18 and their
second top scorer Malonga still scales well over anyone at Ibrox with a very
respectable 13 epitomises how ghastly Rangers have been in the final third
overall this season.
Is there even any point
mentioning the catastrophic failure that is Kris Boyd? Or the now-departed
Jon Daly?
Rangers’ strikers have been a
complete embarrassment this campaign, and generally the scorers’ charts
illustrate it brilliantly:
No one from Govan even appears in
the top 10 scorers in the Championship, with Law not showing up till number 12,
while going down to a minimum of 6 goals sees altogether four Rangers players totalling
33 goals among the lot while Hearts’ five entries boast 53 goals. Hibs only
have 3 players in this list, but they share 31 goals between them. And 18 of
them are from Cummings. Lastly Queens have likewise only three players in this
list, but 36 goals are what the fourth-placed team’s entrants have to offer.
If one thing highlighted Rangers’
problems this season, those stats are beyond indicting. Rangers brought Miller
& Boyd back to tear Championship sides to shreds, but they along with the
rest of the side have barely tickled defences on the whole.
Must. Do. Much. Better.