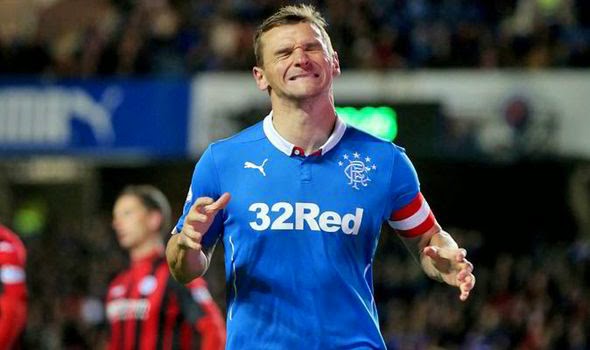 Information has recently come to
light which may shed new insight as to why Lee McCulloch appears completely
untouchable in selection.
After yet another horrendous
performance from the captain (not to mention the team) on new manager Stuart
McCall’s maiden bow at Ibrox today, fans are left wondering why McCulloch
continues to play despite showing absolutely zero merit when doing so.
The information refers to the
original contracts TUPE’d over when Rangers’ oldco was placed in administration
and Charles Green’s Sevco consortium purchased the assets and rights to Rangers
for £5.5M in 2012.
A number of players’ deals were
of course transferred over, including McCulloch, and to protect Rangers Charles
Green is said to have insisted that these players, McCulloch in particular,
gained a contract clause which made them immune to dropping.
The idea, to the players’ side,
was the best/existing players would never lose their place, a type of reward
for transferring their deal on faith to the newco. Not all of these players
gained this deal – Andy Little, Ross Perry, the youth players et al did not
feature in every game, even when fit.
But Neil Alexander, Lee McCulloch
and Lee Wallace did. And when fit, all three of these players at various stages
in the past three years have been selected.
The further claim on the company’s
side is that Margarita and Blue Pitch had/have a stake in these contracts and a
percentage of the fees for appearance clauses went/goes to them. Hence they insisted
on Green forcing these clauses because, naturally, they wanted their cut.
The notion is the current board
holds no court with the validity of said deals, but that it will take a little
paperwork and adjustment before McCall is free to drop McCulloch. That may
occur before Tuesday.
I have no solid evidence beyond
my source, a body close to Ibrox, but the explanation does appear quite a
reasonable one.
Make of it what you will.