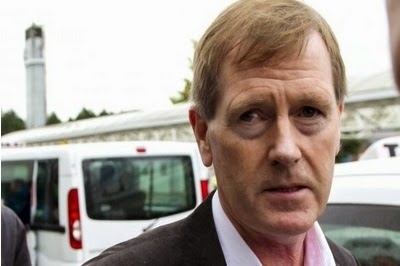 Today at approximately 11:10
hours we will confirm a new regime in charge at Ibrox. Outgoing CEO Derek
Llambias and Finance Director Barry Leach have done everything in their power
to scupper the changeover, but if all is pure and holy by lunchtime today new
men will be in the boardroom.
A fan-endorsed change of
hierarchy is what has been called for, and whether you fully support incumbents’
King, Murray and Gilligan, they can certainly rely on something no previous
regime in living memory since the late 90s has truly enjoyed – majority backing
from the beleaguered fanbase.
I have been heavily critical of
Dave King in the past, but even more so recently of Leach, Llambias, Somers and
Ashley, who have simply conducted themselves direly and are not of the material
required to take Rangers forward.
As a result I, and many of those
more wary than the majority, are willing to give King a fair chance, just as I
have for everyone who went into the boardroom. It is up to him and his
colleagues to dispel our doubts and take the Club forward.
Questions certainly persist
regarding King’s plans, but there is a level of slack he is being afforded that
his (soon-to-be) predecessors were not afforded, and whether that is fair or
not is a debate for another day.
The key issues on King’s remit
and those which come under the ‘transparency’ umbrella he so keenly endorses
are thus:
I must stress I am not condemning
King before he starts, I am simply pointing out that he should be subject to
fair scrutiny as well as not being harshly dismissed by his detractors.
I am not a huge fan of King, I am
on record as stating that, but I am delighted to be proven wrong and for him to
turn this ailing ship around.

He said yesterday:
“The proposals that I gave to the
board, certainly when I came over in November, was that I would take on 50% of
the funding and I expected other individuals to take the other 50% and that is
where your [businessmen like] Paul Murray, George Letham, Brian Kennedy and
Douglas Parks all come in. I’m looking at a 50-50 split but I don’t see me as
carrying this whole burden.”
Promising in theory but the proof
is in the pudding, as they say.
In some fans’ eyes the man has
reached Messianic proportions without really doing a lot to achieve them. If he
achieves over the coming months the kind of progress painfully lacking from the
outgoing regime, it will quell the doubts a significant minority have about his
credibility, and I will be overjoyed to say ‘I was wrong to doubt him’.
Hopefully today is the beginning
of a bright new dawn for a support who really deserve it.