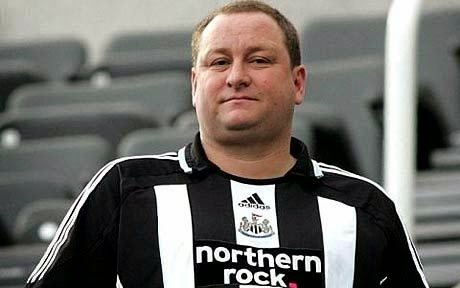 It has been confirmed today Mike
Ashley has been found in breach of SFA guidelines. The major shareholder at
Ibrox (8.92%) and Sports Direct tycoon was charged earlier this year on
dual-ownership regarding his interest in both Rangers and ownership at Newcastle, and an independent
SFA tribunal has found him guilty and fined him £7,500.
Naturally this is a paltry amount
for a multibillionaire but nevertheless it weakens his own position at Ibrox
considerably and opens the floodgates for further sanctions unless he withdraws
the level of interest, possibly including returning merchandise rights to the
Club.
With Dave King set to take his
men on the board in due course, Ashley’s interest in Rangers is dented hugely,
with his directors Llambias and Leach looking to secure severance before they
too exit the board.
Sadly the Club as a whole still
has charges to answer regarding Ashley’s involvement, and that is due to be
heard by a different tribunal in a fortnight’s time.