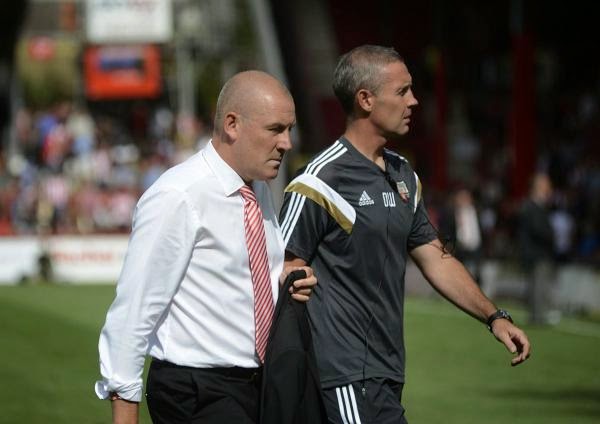 This morning three names are
circulating heavily in Ibrox circles regarding potential recruitments to both infrastructure
hierarchy and management team.
Former Bayern and Stuttgart manager, and shareholder in Rangers Felix Magath
flew into Glasgow
last night, staying at the Westerwood Hotel before travelling to Govan for a
crunch meeting with Dave King et al to discuss plans.
What those plans are is as yet
unclear, although a Director of Football role has been long-touted by many.
However, in a contradiction to
those intentions the other two names are Brentford’s manager Mark Warburton
& his assistant, former Rangers legend and Rangers fan board chief Vetter
Davie Weir.
Warburton is set to quit
Brentford for the very reason Magath is touted – Warburton refuses to work
under such a figure and one is to be imminently appointed at Griffin Park
– a Director of Football, and if he is to be the next coach, with Weir as his
assistant, the Magath DoF role is a non-starter.
It is certainly an ironic twist
of fate if these two end up managing Rangers, given Weir touted Rangers’ former
midfielder Lewis Macleod to Brentford, then himself potentially departs in the
opposite direction.