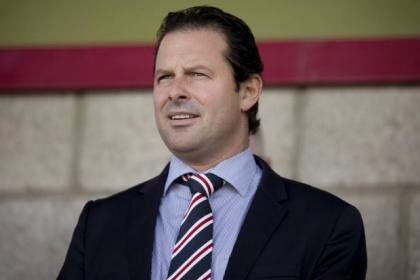 Despite being cast to the flames
as a ‘spiv’ when he was Ibrox CEO, where this site gave him credit for
investment into the Club plus the fact he was Rangers’ lowest-ever paid CEO,
Craig Mather is now the toast of the fanbase after being the latest to proxy
his shares over to supporters.
Dismissed as yet another ‘snout
in the trough’ Mather was as disliked as every other suit on the board (Smith
aside) and his staggeringly low wage (£300,000) and club investment was
completely dismissed and borderline sneered at.
Now that he has sided with King
by handing his shares to the RST, giving them around 6% holding in the club, he
is one of the ‘good guys’.
He always was. He spent £1M on
shares in 2012 and famously described it as an ‘emotional investment’.
When elected to CEO, though, he
was tarred with the same brush the rest are, of being ‘spivs’. Curiously enough, the requistioners, including Paul Murray, demanded his removal.
Not everyone in that boardroom
has always been one of the so called ‘bad guys’.
Funny how things change, eh?