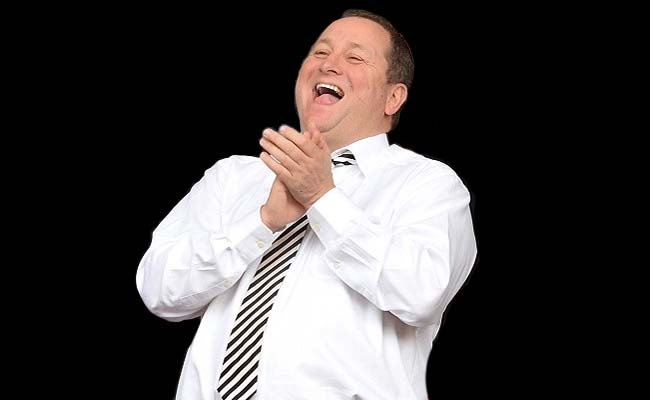 With Ashley losing a little
ground today, with both the clarity of King’s impending EGM triumph emerging
clearly enough plus his paltry fine in face of being found guilty of a breach
of dual-ownership rules by the SFA, the Sports Direct tycoon has enacted plan
B.
His outgoing, or so we hoped,
executives Barry Leach & Derek Llambias have proceeded with Operation Screw
Rangers and today Rangers Plc confirmed the second part of the Ashley’s loan,
£5M, will be drawn:
“The Board of Rangers announces that the
Company has commenced the process of satisfying the conditions for drawdown of
the second tranche of the facility announced on 27 January 2015 with SportsDirect.com
Retail Limited and associated companies (“SD”) (the
“Facility”) in order to meet its cash requirements for the third week
of March. Drawdown of the second tranche of the Facility is subject to due
diligence by SD. Shareholders should be aware that there are other conditions
of drawdown which include a material and adverse change and/or significant,
adverse event condition  which could impact upon the willingness of SD to
release the funds. If the funds are not able to be drawn down from the
Facility, alternative sources of external funding will be required.”
The conditions of
the original loan saw Ashley able to nab Rangers’ merchandise and appoint his
men on the board. The exact clauses in this one are not entirely clear but you
can be sure Ashley is intending a sting in the tail.
If that were not
enough, his henchmen have also confirmed that despite the astoundingly one-sided
nature of the vote, they are nevertheless pressing ahead with the EGM at cost
to Rangers. At pointless cost, I should add:
“The Board of Rangers notes the Press
Release from David King issued today.
Proxy voting closes tomorrow morning at 10am, and at the current time a
significant number of shares have not yet voted; the outcome cannot therefore
be determined with certainty. The position of the proxy voting will not be
announced ahead of the meeting for regulatory reasons, and in any event
shareholders have the right to revoke their proxy vote by attendance in person
at the general meeting.
The Directors believe that they have at all times sought to act in the
best interests of Rangers for the benefit of its shareholders as a whole and
refute in the strongest possible terms any suggestion that this is not the case
and in particular any suggestion that they have given their personal interests
priority over those of the Company.
By remaining in post the directors wish to give the Company and
possible incoming directors (should the Board change) the best possible chance
of complying with the AIM rules and of avoiding the risk highlighted in the
circular of 06 February 2015 of the Company’s shares being suspended. There can
be no guarantee of avoiding suspension.
The Board have reached out to David King in recent days to seek a
resolution in the best interests of the Club but regrettably this has not yet
proved possible. If control of the board of directors of the Company changes as
a result of the general meeting the directors pledge that they will do their
utmost to work with the new board in the interests of Rangers Football Club, as
they have done and continue to do.”
While it is true that their
resignation would see the company temporarily having to halt trading and stocks
would be frozen given a PlC needs its board in order to trade (stock market
rules), what they have also failed to point out is this would not matter if
these positions were being instantly replaced by incumbents’ King, Murray and
Gilligan, or men appointed by them.
The earlier hopes Rangers fans
had of a clean transition just took yet another twist, with Ashley refusing to
easily let his grip on Rangers go.