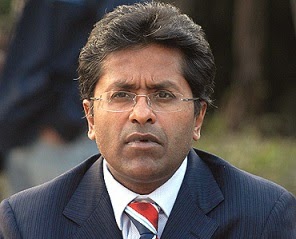 According to the BBC (Whose ban
by Rangers has been uplifted) Sandy Easdale is in talks with Latit Modi, former
IPL commissioner, about selling his entire shareholding.
With Rangers confirming the date
for the EGM (March 4) this story, if true, could be Easdale’s attempt to exit
Ibrox before he is forced to.
A price has allegedly been agreed
and the BBC’s Chris McLaughlin claims serious discussions will take place
regarding the 26% sale next week.
Modi was banned from the IPL
regarding financial irregularities in 2013, but then given almost everyone
associated with Rangers’ board appears to have issues with the law regarding
VAT (Easdale) or tax (King) this does not appear to be anything new.
With tiny rumours of Robert
Sarver returning for a bid being doused as quickly as they were lit, the exit
of Easdale would certainly be welcomed by many fans.
Pity it is not a squeaky-clean
suitor potentially buying his shares.