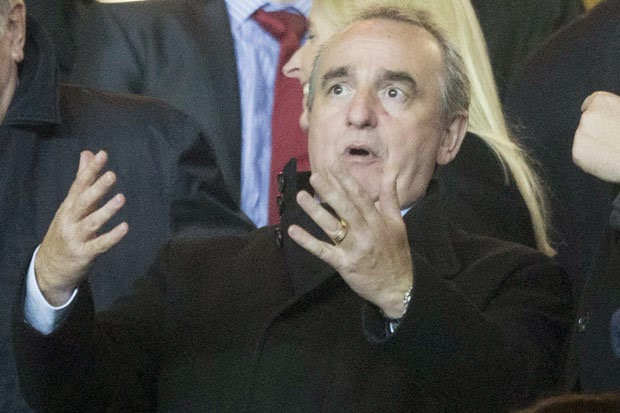 Not content with destroying
whatever remained of fan relations with the Club following his firing of the
official fan board (brought first exclusively to you here), Rangers’ CEO Derek
Llambias has now confirmed he intends to sue the same (former) board into the
bargain.
It boils down to their refusal to
remove the Facebook page they created for public announcements in Rangers’ fans’
interests,  and which contains the
minutes Llambias ‘lambasted’ (see what I did there) them for publishing.
A representative from the fans’
board said:
“Not only has Llambias sacked lifelong
supporters but now he’s threatening to sue us into the bargain. As we have only
been officially dissolved today, this threat is completely over-the-top and
unbelievably aggressive. Is it any wonder this board is so unpopular when it
treats its own supporters in such a fashion?”
As many readers to this site know
I have been more lenient with the board than many, but acts like these in the
past three months have been conduct of a deplorable manner and they treat
supporters like scabs.
And before any dissenters cry
foul, I am not changing tact. I still do not fully back those who wish to take
their place either, but right now only the blindest can back the board to any
level. Even if we are not debating the financial side of the running of the
club (which I do not and never have blamed any of the boards for) the conduct
from the suits in recent times is easily the worst of any Rangers regime of my
lifetime.
Change is most definitely needed,
it is just a pity Robert Sarver gave up on us.