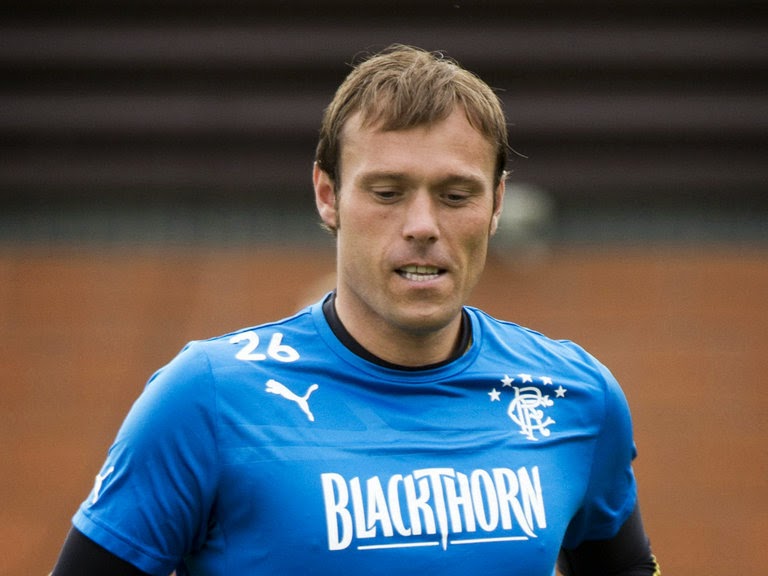 A couple of weeks ago this blog
focused on the SFA’s flagrant disregard for fairness when it upheld the SPFL’s
illegal decision to punish Rangers over EBT’s, a scheme we now know to be
completely legal. Dubious, perhaps, and fairly open to scrutiny, yes, but not
illegal.
Unfortunately Regan’s men were at
it again yesterday singling Ibrox goalkeeper Steve Simonsen out over an offence many
are guilty of in the Scottish game, but only Rangers players ever seem to be
charged with.
In 2013, in rebuttal to Ian Black’s
conviction for a similar ‘crime’, former Celtic striker Frank McGarvey pointed
out over 50% of all players in Scotland
gamble.
“If you stop players from gambling
there will be no bookies left – they will go out of business. It’s not just a
few players who bet – it’s about half. They like to put a line on every
Saturday – but so does everyone. It’s part of the culture in Britain, not
just football. Everyone enjoys a bet. It doesn’t matter if you are a player, a
lawyer or a labourer. I don’t see anything wrong with that.”
Then PFA Scotland’s head Fraser
Wishart also pointed out:
“I think, in general, ­footballers just need
to be a bit more aware of the regulations that are in place at this moment.
We’ll certainly be writing to the SFA to ask for a review and I think it’s important
that we do it quite quickly and at this time. I think now’s the time to make a real effort to review the rules in Scotland.
We’ve got players who perhaps have put on an accumulator but
­technically they are breaching rules.
Is it appropriate to deal with them in the same manner as somebody who
has a serious ­problem?”
The rules are clearly broken. A
footballer betting on matches, as long as he personally has no influence over
their outcome, is absolutely fine (admittedly Black was guilty of being
involved in four of the matches he bet on (around 160 in total)). Rule 33 is
completely absurd.
Am I arguing this point because
it is Rangers players being targeted? Absolutely! If this absurd rule is to be
enforced, like McGarvey said half of Scotland’s pros should be charged.
And yet, curiously, only Rangers players seem to get shopped for it.
For example, Aberdeen’s Jonny Hayes bet on some EPL and CL
matches and indeed tweeted quite publicly about it, yet suffered no
retribution, and his team mate Ryan Jack likewise admitted indirectly to
putting a coupon on. Inverness’ Josh Meekings
put on a seven-team accumulator and had no qualms telling the world, and Ryan
Dow and Jordon Forster both put pictures of their betting slips online.
My point is it is blatantly rife,
but only Rangers players are being punished for it, while other players boast
about engaging in it but suffer no repercussions.
Call me paranoid but this does
strike me as a bit of a campaign. I am not for one minute calling Simonsen
innocent, I am pointing out the law itself is both appalling, and only
selectively enforced, and only when Rangers players can be charged.
But then, we know the SFA are
Rangers’ best friends, do we not?