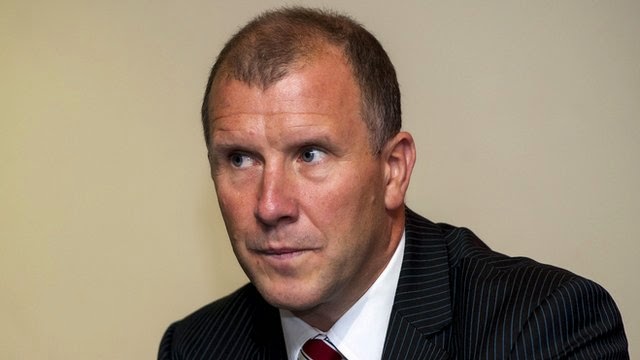 Two weeks ago Neil Doncaster
publicly proclaimed (and finally admitted) that Rangers are the same Club as
they have always been. He said, and I quote:
“In terms of the question about old club,
new club, that was settled very much by
the Lord Nimmo Smith commission that was put together by the SPL to look at
EBT payments at that time.
The decision, very clearly from the commission, was that the club is
the same, the club continues, albeit it is owned by a new company but the club
is the same.
The member club is the entity that participates in our league and we
have 42 member clubs.”

In other words, the law decided
Rangers are the same Club. A court of law, independently compiled as a full
commission by the SPL deploying the wisdom of highly respected peer Lord Nimmo
Smith came to the conclusion, as stated categorically by the boss of the club
game in Scotland, that Rangers FC are exactly the same Club as they were
pre-administration.
Naturally Doncaster failed
miserably to address the question of 2011’s SPL prize money which was never
actually given to the Club, a cool £2.4M which is the sizeable amount the SPL
awards the side finishing first in Scotland’s top flight.
But, his concession we are the
same Club, as confirmed by FIFA, UEFA, various independent tribunals and
basically everyone in the game outwith Scotland is certainly a very good
sign of progress.
Unfortunately, the governing body
of the game in this country, the Scottish Football Association appears to know
SFA about the law, and does not care either. Yesterday’s ruling that the SPFL
fine handed to Rangers in 2012 relating to an alleged violation of the
country’s tax laws within the sport by the Club, a sum of £250,000, would
stand, and that Rangers’ appeal against it had failed, was yet another damning
indictment of the fundamental corruption of the game in Scotland.
In simple terms, despite Regan’s
good friend Doncaster completely contradicting the ‘new club’ argument, the
fine Doncaster’s association handed Rangers, illegally, given Rangers were found not to
have broken any laws relating to EBT schemes, was to remain. So, in literal terms, despite Doncaster now admitting Rangers are the same Club, the fine his authority gave us in 2012 has been inexplicably upheld by the SFA.
Rangers’ only
option remaining is to take it to the CAS.
The absurd hypocrisy and brass
neck of the sport north of the border has gone beyond a comical parody of
itself, and is now downright malevolent.
Never mind what the law says,
never mind what our own governing bodies (UEFA & FIFA) decree, we, SFA, the
authority in this country, will quite bluntly do what we like.
Regan’s men appear accountable to
no one, and literally make this stuff up as they go along. They have blatantly
broken the law by upholding a fine given for an act which was not illegal, and
for actions which led to Rangers’ demotion despite the Govan men doing
absolutely nothing illegal, and doing nothing wrong except being the biggest
victims of corporate fraud Scotland
has ever seen.
Do not forget the outrageous
blackmail which saw the Club robbed of its TV rights in 2012, in order to be
given SFA membership.
“And both leagues have reached agreement on
the SPL securing the broadcasting rights to Rangers’ Third Division games in
order to safeguard their television deals.” (Daily Mail 27/07/12)
The amount of cash Rangers lost
through having to give up those TV rights must be into the many hundreds of
thousands if not millions.
So it is clear SFA have
incalculable previous for this kind of malevolency. And here we are again, our
right to £250,000 being taken away because the SFA ‘feel like it’.
It is also worth remembering the
SPFL also have previous for confirming Rangers are not a new Club by awarding
the Ibrox side the full fee for Charlie Telfer, confirming his many years of
development at Auchenhowie as opposed to only a couple.
It just seems the SFA refuse to
accede to this.
The sooner a higher authority like
CAS brings them to task and exposes its illegal punishment of the Club the
better.