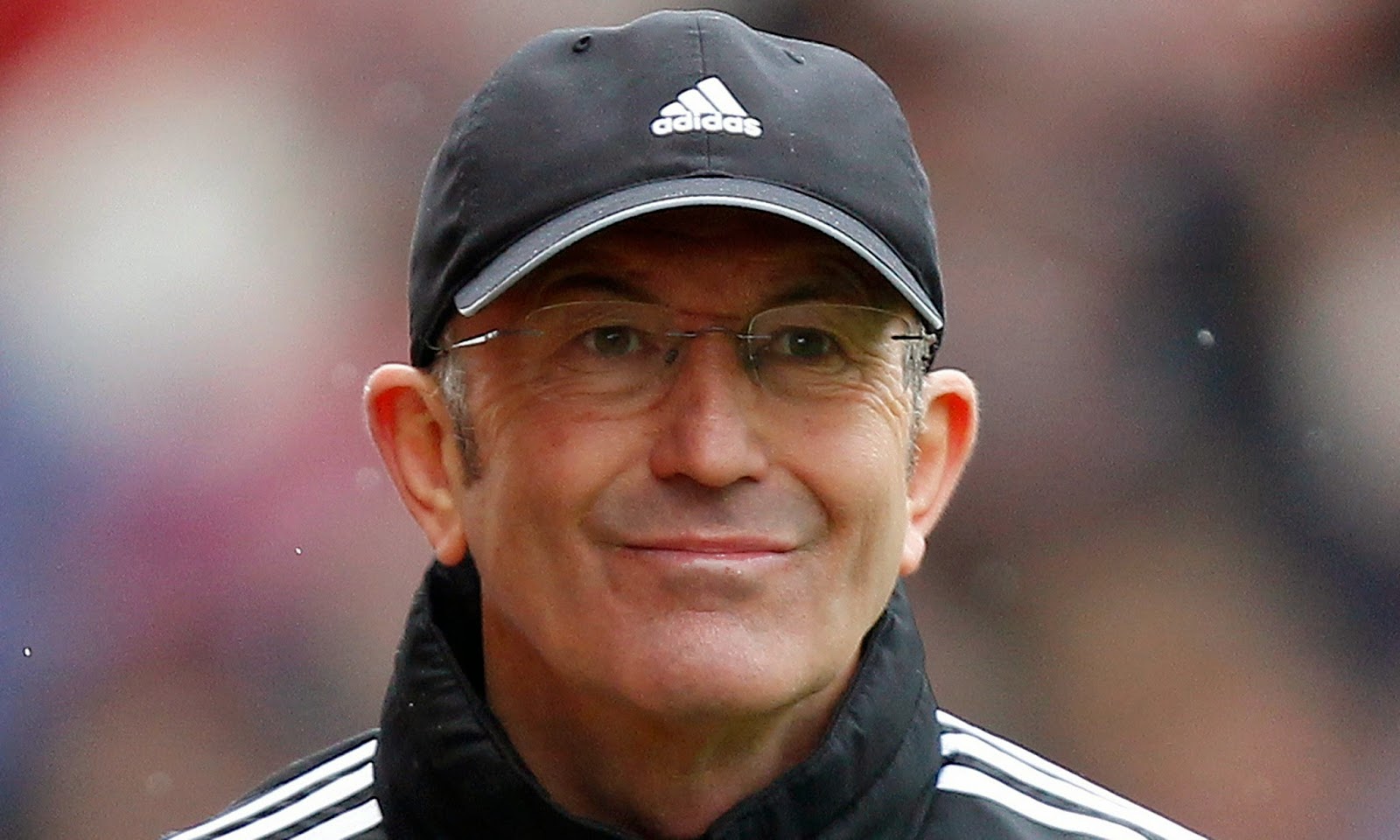 If there is one thing to unite
Rangers fans in recent weeks, it remains Ally McCoist. Sadly the unity is a
general consensus that his time is up, and Rangers need a change at the helm.
Rather than analyse his (many) failings as Rangers boss (done it many times
already), Ibrox Noise decided to have a run-down of the potential replacements.
Over the past year or two a lot
of names have been linked with the Ibrox hotseat, and we will now take you
through four of the most notable monikers to stand out among the crop, in no
particular order.
Tony Pulis.
Out of work since his exit from Crystal Palace, and loosely linked with Rangers
ever since, Pulis is a long shot. He achieved wonders at Selhurst Park, managing
a side endowed with such heady names as Joe Ledley, Jason Puncheon and Barry
Bannan to its highest-ever finish in the EPL of 11th place. For
Palace this was a staggering return given its squad, and Pulis is credited with
bringing organisation, discipline, and unity to the team. Hard to argue with
that. Pulis is particularly noted in England
for his time at Stoke
City as well, having had
two spells at the Britannia. For a manager who has spent his whole career with
‘bottom 10’-type clubs, his record of never being relegated stands out. Indeed,
he would still be at Palace had the owners supported his transfer policy, but a
lack of agreement there saw his departure.
He would be an outstanding
acquisition for Rangers, instilling strength, unity, drive, and passion to the
Club while organising the players properly and making them fight for the cause.
Many argue he would make the team ‘boring’ – but the most reasonable response
to that is to point out Rangers are not even boring right now, they just are
not as good as that. Another one would be ‘so?’ Success is needed, a good solid
team is required, and if Pulis could bring that, all the better.
Stuart McCall.
A strongly-linked name sees a
former Ibrox son heavily associated with a return. His managerial career has
been moderate, with a 30% win rate at Bradford City.
Admittedly City were never really expected to be Barcelona, and McCall had some
difficult circumstances to deal with there, especially budget-related, but he
never really achieved much under them, and as popular as he is among the Ibrox
faithful, might find similar circumstances at Ibrox equally daunting.
He fared a bit better at
Motherwell though, guiding them to second last season, which, surrounded by
Dundee Utd and Aberdeen,
is not a bad finish at all. Unfortunately this season was poor at Fir Park
and he resigned last month, believing his time to be up. Currently he is
enjoying life under Gordon Strachan as assistant coach for Scotland, with the national team
having a major renaissance, and it might be tricky to persuade him to give that
up.
Billy Davies.
I am unsure if his name is half
the reason he is so popular as a potential Rangers manager, but Davies has been
heavily mooted for a role at Ibrox for many years. He is the only manager
linked who has the ignominy on the list of having been sacked from every job he
has had. The closest he got to resigning was Derby County
and ‘mutual consent’ which is, as Walter Smith once put it, ‘a polite firing’.
He had a very good 2006/07 where he managed to get the Pride
Park outfit into the EPL, having secured
a route there via the playoffs, but failed dreadfully in England’s top
flight which led to aforementioned mutual consent departure. That one
admittedly good season aside, Davies simply has not cut his teeth in
management, and seems unwilling to take responsibility for anything which goes
wrong. The press have had a field day with this attitude, and Davies is now
extremely unpopular in England,
with some journalists especially heavily scathing of his ghastly media
displays. He is unlikely to find work there again, and Rangers should be
incredibly wary of even considering him.
Terry Butcher.
Another one to have had a fair to
middling managerial career, Butcher’s name has cropped up again in recent
months. Not hugely popular with fans these days after comments he made in his
autobiography years ago, Butcher was nevertheless a winner in his playing days
and an integral part of 9IAR.
His time in various hotseats has been thoroughly
mediocre, with his best spell being in charge of Inverness
– indeed, he was on the shortlist for manager of the year in 2013. However his
disaster at Hibs and subsequent claim he will never manage a Scottish club
again pours cold water over the possibility of his returning to Govan. Never
say never though.
Other names have included Dick
Advocaat, Derek Adams and Brian Laudrup, and from a personal point of view the
latter would be dreadful, given the Dane is one of my heroes. I do not want
what has happened to Super Ally to happen to the Great Dane too, so that one
for me is an absolute no-no. Advocaat is a poor one too – he did well at Ibrox
with budget, this time there is none. Adams is not the worst shout given a
top-6 SPL finish last season but he struggled with Ross County
this time around and was rewarded with the sack.
Truth is Rangers cannot attract a
top-class manager, but if Pulis could be persuaded, he would be by far the best
bet.