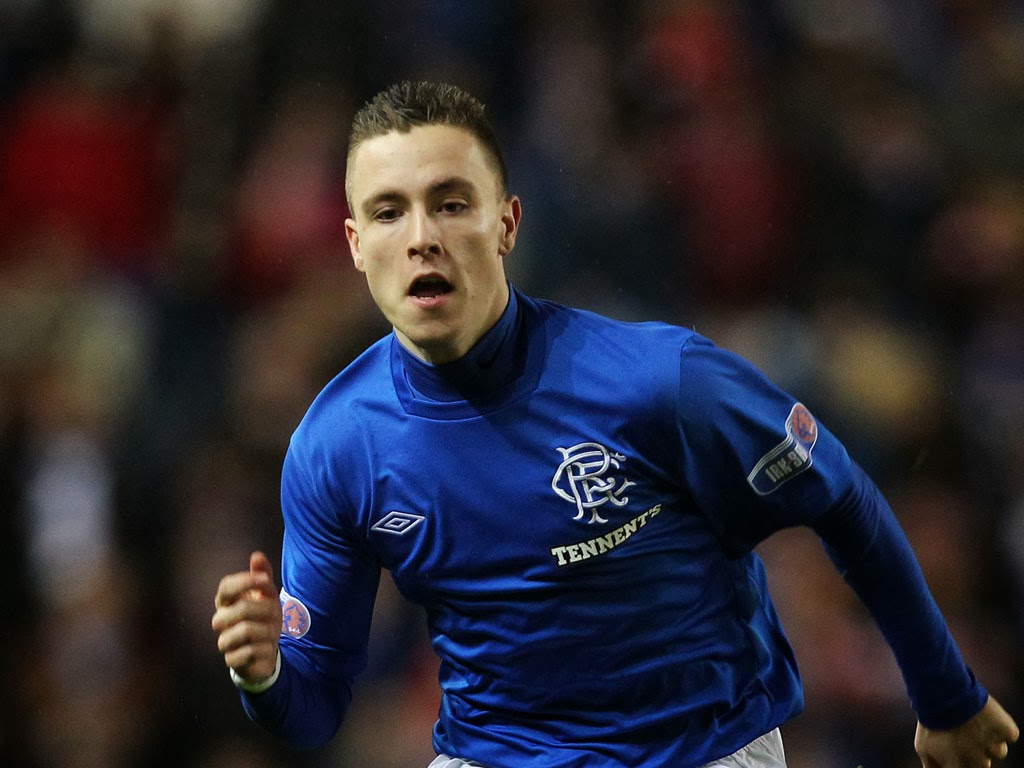 The last time this blog focused
on football was the 30th of October. A piece discussing the significance of
getting to the Ramsden’s Cup final. Since then the only flirtation it has had
with that round object has been Lee Wallace and his appearance for Scotland where
some reported him being jeered, while some did not.
So it comes as a blessed relief
that on the 28th of November I can ignore AGMs, media conspiracies, SFA bias,
boardroom power struggles and suchlike and concentrate, for once (sadly, an
increasingly rare specimen) on the actual stuff on the pitch.
I mean, I could discuss the above
as there is no lack of material on them, but do you really want yet another monologue on politics, or would you like to
be able to argue with me about football?
After all, that is what Rangers are about; football. Fans, understandably,
have begun to forget that at the most fundamental level, this is a football club whose main aim is to win
football matches and trophies.
And on that very note the team
travelled to Arbroath on Monday night to end a fortnight of no club football,
with a cold Gayfield
Park the venue. However,
one name was notably absent from the entire match day squad, and his
disappearance from first-team affairs raises distinct questions as to why.
Last season, Barrie McKay
significantly broke through, under, of course, extreme circumstances, to the
first team. Indeed, his performances were so impressive I dedicated an entire
blog to him here
and discussed his increasing importance to the team.
However, McKay was, strangely,
unceremoniously dropped from the first team while in particularly excellent
form and for the second half of the season barely featured in the starting XI,
finding himself relegated to the bench.
At the time many Rangers fans
pointed to his age, that manager Ally McCoist was ‘wrapping him in cotton wool’
to protect his development, but this did not wash with many as his
similarly-aged peer Lewis MacLeod was the first name on the team sheet until
his unfortunate injury.
Furthermore, McKay’s place was
essentially taken by David Templeton, and what was abundantly clear was
Templeton failed to shine last season except for 3 or 4 matches after the title
had already been clinched. When it mattered, the former Gorgie regular had
never delivered. But McKay had. More than once, yet found himself on the bench
while the former Hearts man took his place.
In short, McKay’s form had been
rewarded with him losing his slot. Genuinely odd.
Now fast-forwarding to this
season and hopes had been high McKay would return as an essential part of the
team, with a year’s experience under his belt. The idea, was a year older,
McKay would have learned from his breakthrough season and now become an
integral part of the team, making the left wing his own.
Instead, however, he has gone the
other way. McKay has been more or less officially dismissed from the first team
and relegated to the U20’s.
Ally McCoist had this to say on
McKay’s fortunes;
“We feel at this
particular stage, he just needs to get back to under-20 level and find his feet
once more. Barrie will come good again, we’ve no doubt about that. He played
well on Sunday and got part of the game at Partick as well, in which he scored
the opening goal. It’s a special talent as a 17 or 18-year-old that can go into
any first team and command a regular place. Barrie has come in and done well for us in
the early period. He’s back in with his own age group and some boys who are
still older than him and he’s progressing well. He has to keep working hard in
training and playing well in games. He has been doing that and we’ve had a wee
chat with him so he understands that. He also knows we’re in a position where
boys have come in and done well. It’s just a matter of doing his job so that
the staff take notice and we put him back in the side.”
There are so many oddities in
here it is hard to know where to begin. First off, the day players’ ages become
more important than their ability was one I never thought I would see. The old
phrase ‘if they’re good enough, they’re old enough’ springs to mind and McKay
is most definitely good enough.
Secondly, and arguably the most
bewildering part is where McCoist states it takes a special talent to secure a
slot at his age. Well, McKay was every inch the special talent McCoist implies
yet was ungraciously dumped last year for reasons unknown. Furthermore Fraser
Aird, himself only 18, has made almost 15 appearances for the club, including
many starts, and while he has been quite decent at times, I would have to
strongly argue McKay was considerably more impressive last year.
McCoist is essentially using
McKay’s age and ability as an excuse for relegating him back to the U20’s,
while selecting two of his peers of similar age and comparable ability in the
first team.
I am not going to shout
‘conspiracy’ but McCoist’s logic here does not add up, especially given the
vastly inferior Templeton has, as mentioned, loosely commanded that slot. That
said, it does seem Aird is now the first choice above both of them with Temps
himself finding a seat on the bench more often than not. But the 25 year old
has ‘earned’ that with downright disappointing displays.
McKay was not guilty of this.
What has happened to McKay? Your
guess is as good as mine.