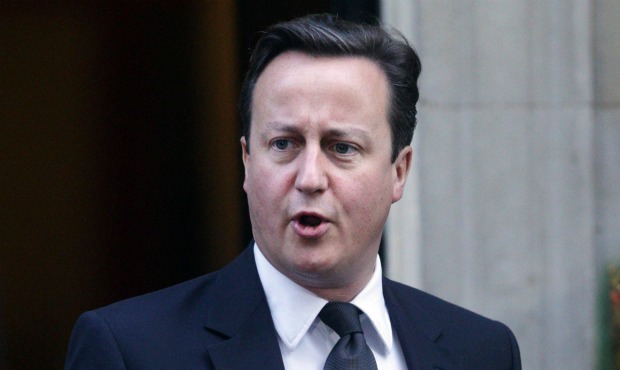 The one thing which stood out
about Rangers’ plunge into administration, other than the sheer number of false
knights in shining armour with pretences about saving the club, bar Charles
Green of course, was the complete and ludicrous lack of help from any bureaucracy.
No organisation, authority, or governing body in either football or indeed
politics went so much as even provide sincere public sympathy for the club, far
less any salient action. The best Rangers’ managed was a soundbite from Prime
Minister David Cameron sympathising with supporters and hoping a resolution
could be reached. This was not even on behalf of his political party, it was a
mere personal response to a question.
No, once big bad Rangers were in
real trouble, zero help from anyone was forthcoming and it was only fair that
the club not only receive no assistance of any kind, but in fact should be
punished further. Crucify the demon within our game, make them the scapegoat
for all Scottish football’s problems and do not help, whatever you do.
Forget thousands/millions of fans
in turmoil, forget hundreds of jobs at risk – the more we can punish, the
better.
So, when news emerged recently
that Heart of Midlothian FC are in precisely the same pickle as Rangers were,
with non-payment of PAYE and NI threatening to see an end to the club’s
operations within days, presumably their near-identical financial mismanagement
would lead to the same condemnation as Rangers’ did? Presumably Hearts would be
the new demon in the game, let us now blame them for Scottish football’s problems (on top of Rangers) – a new
scapegoat, fresh meat.
Only…no. That is not quite the
consequence we have witnessed. Instead of queuing up behind the gun sights
ready to blast that mother away, Scotland instead has taken a more
sympathetic view. Rather than seeking to crucify, or at the very least stand
back and watch as an ancient sporting institution comes near to ruin, as
happened with Rangers, the Scottish government has stated, and I quote:
“The Scottish Government stands ready
to assist in any way it can, including making contact with HMRC if necessary.
It is in everyone’s interests to find a solution which ensures Hearts can
continue in business while also meeting their obligations to the tax
authorities.”
In other words, the SNP, Alex
Salmond and co. will step in to help in whatever way it can to assist Hearts
out of exactly the same mess they completely ignored Rangers suffering from.
To make matters even more
hypocritical, MSP Marco Biagi (partly responsible for Gorgie) released the
following statement:
“I welcome the Scottish Government’s swift
offer to do what it can to assist Hearts in their efforts to find a way forward
– as they would do for any club in such
circumstances – and the additional information that the First Minister has
provided is helpful.”
Got to admit Mr Biagi, I fail to
recollect any occasion where the current Scottish government so much as lent
Rangers a tenner when the Ibrox club was teetering on the brink.
The best the club got was Sports
Minister Shona Robison having a ‘phone call’ with Duff & Phelps with the
intention of ‘offering assistance to anyone affected by implications for jobs’
while ‘staying in contact with the administrator throughout the process to
ensure we are informed of any developments.’
The difference is pretty stark.
Rangers get the sports minister spouting mild lip service about trying to find
the best way forward for Scottish football, while Hearts get the First Minister
directly stating his government are ‘happy to help where we can in dealing with
HMRC’.
When Hearts ended up in dire
straits, the Scottish government were swift in public support and aid. When
Rangers were, the help was a heck of a lot more rhetorical and vacuous.
The evidence is clear – Rangers’
exit from the SPL is, as this blog and every other observer with an ounce of
sense has stated, killing Scottish football. Jim Traynor’s blog from the 8th of
this month paints a pretty accurate picture. Hearts need around £450k to
survive or in short they are going under. Quite honestly I sincerely hope they
make it; while a disgusting majority of their fans wished Rangers dead and
buried, there was a significant number who entirely sympathised with the Govan
side and its fans. And for those small numbers, they deserve to have a club to
support. I will reserve my comments about the poisonous majority.
It is just a pity pious
authorities and individuals did not feel the urge to assist Rangers in the way
they seem to wish to assist Hearts. Ultimately in their case it comes down to
finding half a million quid from their fans. But the sympathy they have
received which Rangers did not is quite disturbing.
I guess, other than those fans
who wished Rangers dead, my closing comment can only be:
Mad Vlad: you reap what you sow
old boy.