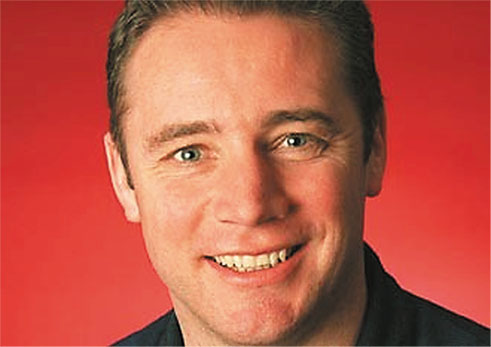 When Walter Smith formally announced he was quitting the hot seat at Ibrox, it was greeted with much dismay from almost every fan. Who on earth would be suitable for replacing such an irreplaceable act? A great number of supporters reacted in general disdain when it appeared certain that much-loved but untried Alistair McCoist would be promoted from Assistant Manager to the top job. However, this underwhelming response changed fairly swiftly to open-minded relent, with the old ‘give him a chance’ coming into force.
When this act was confirmed on the 22nd of February last year, McCoist’s delight could not be concealed, with the new boss saying “I’m thrilled to bits, it’s as exciting a time as I can think of.”
If McCoist knew then what he does now, would he still have been as thrilled? Would he still have taken the job. Yes, is the blunt answer.
When McCoist appeared on Rangers TV on Thursday interviewed by Lyndsay Herron, his first appearance on camera in some considerable time, while the stress and emotion of the situation appeared to have gotten the better of him with clear evidence of disdain, it was the first time he had spoken publicly about the SFA, about “our good friends” Celtic, and about the defeat in the SPL vote.
And the dignity with which he held himself, and has done through this entire period, remained adroit as ever, his conduct being as remarkable as it has from the first whistle of this nightmare administration period.
Prior to Duff & Phelps darkening Ibrox, the team had had an up and down season – terrific until Everton striker Steven Naismith’s injury, then the form went south and so did the lead over Celtic. However, while there were criticisms of McCoist’s management skills during this time, these questions have become 100% irrelevant, and every supporter to a man has backed McCoist as the right man to steer the club through these horrendous days, days which have nothing to do with football.
He is one of us, a true blue whose spirit and determination have been an example to us all, and his love of the club is so that if he had known the hell he would go through in only his maiden season as a manager, he would still have said yes to the job. Rangers supporters do not do walking away, and neither do men like Ally McCoist.
When certain players betrayed the manager by consulting their lawyers before quitting, McCoist condemned them rightly. These players did walk away at a time when McCoist desperately needed them. There is less condemnation for the likes of Steven Davis, John Fleck and Allan McGregor who discussed it with dignity with the manager before then moving on. While the club and McCoist needed these players, there was nothing underhanded about their departures.
And this is what McCoist means to the supporters. While we need all the players we can get right now, we are more forgiving of players who departed while giving Ally the respect he deserves. We do need them, but our admiration for McCoist is such that if he is treated properly, our opinion of those individuals treating him as such rises. Even if they did indeed leave our club during its time of need.
And McCoist’s clever dig at Stewart Regan, during Rangers’ time of need, was timely, sharp, and utterly deserved. He did not directly say a thing about the incompetent SFA Chief Executive, but instead lavished praise on David Longmuir, the Chief Exec of the SFL. A man, McCoist, stated, that “Charles and I trust implicitly, a good honest man”. His complete absence of similar comments about Regan spoke volumes for the club’s utter disdain and complete condemnation of the truly dire head of Scottish football. And also smartly put slight pressure on Longmuir to deliver a fair governance of the current situation unlike that from Regan.
McCoist has been absolutely impeccable during this period, and truly deserves a clean slate to “build again” from next season. How he performed in the SPL prior to administration matters not a jot, the man has experienced more in around 5 months than most other managers suffer in an entire career. And he deserves a clean shot at the football management game rather than this abysmal administration nightmare he has had to tolerate instead.
There is a really he is called ‘Super’.