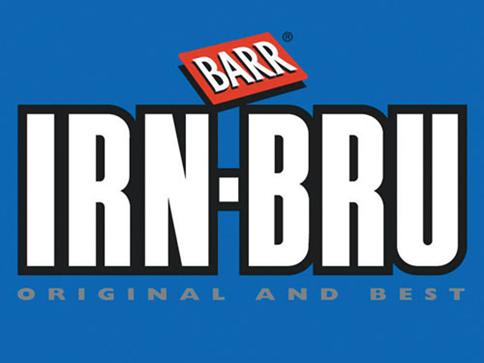 Good news has been at a total premium down Ibrox way. The last 5 or 6 months have been littered with nothing but disaster, betrayal, ignominy, tabloid nonsense and damning uncertainty. The lack of a clear future has been a horrible burden to bear for both the club itself, and its loyal supporters. Never before, on these isles, has a football club’s downfall plight been so highly publicised, and when the infamous newco vote condemned the side to the apparent oblivion of the SFL’s third division, a minority were aghast. The majority looked forward to the romance of that league, and the potential collapse of the SPL, but a small number had grave concerns about financial survival in a league where £70,000 was recently shared among 30 clubs by sponsors Irn Bru.
The past few days have seen an incredibly understated revelation take place, one which has scraped the news to a minor extent and even less so among supporters, where the truth is the majority should be completely rejoicing. The revelation in question should ensure the survival of the club, something which was anything but guaranteed prior after the vote.
I am of course referring to the TV deal. The primary source of bread and butter income in the club’s former league, funded by Sky. The cash which might not fund a huge amount of signings in itself, but which generates the revenue to enable the day-to-day running of clubs the size of those in the SPL, particularly Rangers and Celtic. The cash which they depend on for their very survival.
With no TV deal currently existing in the third division, and the paltry amounts of cash which currently circulate through the part-time league, surviving in this division requires extremely low-level overheads – small stadium, minimal merchandising and operations on a near-amateur scale. These are levels Rangers cannot reduce to given their current size, such as the self-explanatory 50,000-seater stadium that is Ibrox.

So it was with massive relief that news emerged of talks regarding a TV deal. After the grave concerns that Rangers were in serious risk of going under, broadcasting rights are now being sought by SFL chairmen which will cover the majority of Rangers’ matches – around 25 is the number currently being posited. IMG, the marketing and image rights’ giant, is working on a deal which will see those critical funds arrive through broadcasting rights, an agreement which, currently, will show, presumably, a game a week, with the marquee selling point being Rangers matches.

Financial figures are as of yet unknown, naturally, given nothing has been agreed, but the sheer fact that Rangers’ finances are almost certainly going to be bailed out thanks to a deal of this nature is a major boost to the club.
The SFL have a real carrot within their negotiating capabilities. The interest Rangers’ plight has generated globally cannot be overstated – indeed, it is not an unrealistic concept to suggest there will be more attention focused on the third division this season than the SPL. This enticing prospect gives IMG and the SFL real bartering power, and could not only enable the merciful survival of Rangers, but would endow the clubs in the SFL with more cash than they could ever have dreamed of.
There is no denying that while the outcome of being in the bottom division is not the ideal solution for Rangers, it is the best thing to ever occur to the SFL. IMG and the SFL have pretty much the lay of the land at their disposal, and have an array of potential broadcasters to choose from. ESPN, BBC, ITV, Premier Sports, Eurosport – any of these could well be covering the bottom flight next season. There is even an ironic possibility a new, separate deal with Sky could be hammered out. One which focuses purely on the lower leagues.

The further irony about all this is poor old Neil Doncaster and his SPL directors have to submit to a massive loss in revenue due to the renegotiation of their Sky/ESPN deal in light of the loss of Rangers. Currently worth £110M, the deal could be massively cut to a third less – rumours of a £40M offer have even been suggested, one described as ‘generous’ by insiders. So while the SFL may end up completely flourishing thanks to Rangers’ entry there, the league they have departed from really will go into financial meltdown.

Of course, this is not forgetting that SFA membership is yet to be agreed, something which is effectively dependent on accepting the illegal transfer embargo and other potential sanctions including stripping league titles. So while the recent news has been cause for celebration, the club is not out the woods yet.
Let us hope the trees soon disappear and we can get back to playing football.