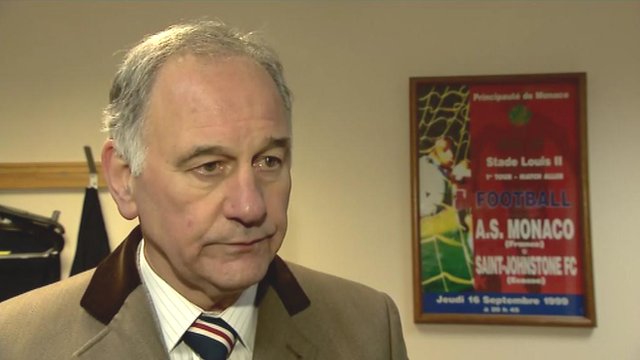 The 29th of July is not normally a particularly momentous day for Rangers supporters, but 2012’s occasion of this date was quite possibly the most memorable day in recent history. It was truly up there with Manchester in 2008, up there with winning any recent league title.
It was the day Rangers played football again.
What supporters, and in particular one Alistair McCoist have had to suffer in this calendar year, as fans of this proud club belies the ability of any commentator such as yours truly to put into adequate words. It is incomprehensible for any football club to be subjected to the level of chaos and mayhem that the boys and girls in blue have been tormented by in the past 6 months, and beyond unacceptable that authorities have not only failed to aid a wounded giant as it lay bleeding, but have instead compounded the existing injuries then added fresh ones.
It all led to strongly worded statements from McCoist and Charles Green respectively condemning the shocking treatment of the club, and the ‘bigotry’ which has imbued the punishment delivered.
But on the third last day of the month, Rangers supporters, having been through the bloody mill and back again more times than they would care to list, got to enjoy supporting their football team again.
11 men kickin’ a baw.
That is all Rangers supporters have ever wanted. The sheer ‘privilege’ of questioning tactics, praising individual performances, berating others, covering their face in anguish at a dodgy goal conceded, celebrating a fine goal scored.
The very basic staple purpose of football which bluenoses have been cruelly denied for far too long.
We are once again able to discuss formations, team selections, performances, substitutions, and of course goals. So let us do that, let us have a look at the match in the Ramsdens’ Cup at Glebe Park, home of Second Division Brechin City.
The team fielded by the away side was an impressive selection, with 100+ capped USA captain Carlos Bocanegra leading the side out, followed by the likes of Lee Wallace, Lee McCulloch, Kirk Broadfoot, Dorin Goian, Andy Little and new signing Ian Black.
The opening 5 minutes were positive and saw Northern Irish international Little score a fine goal and show why he could elevate himself to being the top striker at the club. The next 40 were quite a huff and puff and while Rangers created some small openings, they could not take them. Young Barrie McKay stood out impeccably on the left; the number 10 operated the left wing like a seasoned pro, with some deft touches, flicks, and reverse passes akin to Ronaldinho. At only 17, this lad has serious promise.
Unfortunately it turned sour around 43 minutes when a misjudged Broadfoot header failed to clear a lob, which instead slunk through beyond the rather feeble attempts from Goian to clear it, as Brechin forward Andy Jackson slipped it beyond the equally poor attempt from Neil Alexander in goal. 1-1 at half time.
The second half was very much the archetypal cup tie at a lower league side (albeit, ironically, Brechin are in a higher league than the Gers), with heavy ‘dreicht’ rain compounding matters, and saw Rangers struggle with fitness and passing. After a reasonable first half, the Ibrox men, with a complete lack of pre-season under their belts, became bogged down in the environment and occasion, and it took an extra time close-range header from loyal servant Lee McCulloch to seal a very hard-fought win.
Having just written about a Rangers match, albeit merely a brief report, still feels like something I am hugely grateful for. The mere honour of having a fully-functioning Rangers to write about, to analyse, nitpick, praise, criticise, and above all enjoy feels like something which many felt may never happen again.
The club is not completely out the mire yet, but the safety harness is out along with the lifejackets and slowly Ibrox is floating back to the surface, breathing again along the way.
Thank God!