Home Rangers A Marriage of Green and Blue? 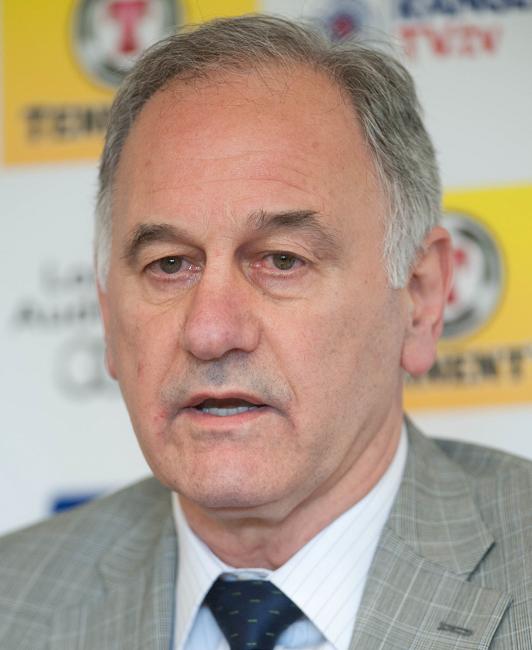 This administration debacle has lasted exactly 4 months and has seen divisions erupt, friendships formed, personal vendettas put to one side, and extreme disagreements about what is best for the club. During this time supporters have experienced the best and worst about what it is to be a football fan, and have particularly suffered from ‘speculation’, including new potential owners (like Bill Miller) pulling out after initially looking solid.
On Sunday 13th May Rangers became Green.
When news broke in the preceding days of Charles Green’s interest in securing Rangers, reaction was of the overwhelming negative variety. His apparent business history did not comfort many, most of whom pointed at his spell at Sheffield United as evidence of his unsuitability for controlling Rangers. In fact, very few supporters had a positive word to say about Green. From the trivial matter of his name, to journalists like Matthew Lindsay quoting supposed former (unnamed, of course) business associates of Green who suggested Green was a danger to football and Rangers, to fans still reeling from the rejection of The Blue Knights’ consortium’s bid – it is no understatement to observe that opinion regarding Green was nigh-on exclusively negative.
In fairness to said opinion, the evidence was hardly favourable on the surface. Sheffield United supporters will remember his 2 year tenure as Chief Executive of the Blades, recalling with horror how he sold key strikers, and how by the end of his time he was being described as the ‘Axeman’. How he sacked Dave Bassett as manager and was subsequently labelled a ‘backstabber’. By the time he moved on from his role as CE he required a police escort to safely exit the club in the midst of furious supporters. Almost as bad as Aberdeen’s Steve Paterson choosing the transport option of the boot of a car after his disastrous tenure.
So, superficially fans were right to fear Green’s tenure. He is not even just ‘preferred bidder’, it is, as David Whitehouse has stated, the stage above that of ‘legally binding contract’. This basically means that Green’s bid has exclusivity and assuming the paperwork matches the offer, Green will take control. Or actually, he will not. Not strictly, anyway.
The one concept deliberately omitted until now from this piece is that Green is not on his own. Indeed, as he revealed during Sunday’s press conference, he is merely the ‘organiser’ of a large consortium of at least 20 parties, none of whom will own any more than 15% of the club. There will be no majority shareholder, and the investors come from global arenas such as the Middle East, Asia, the Far East and closer to home in England. Who they are has not yet been revealed, but Green’s purpose is purely to organise this consortium – from my understanding he will have absolutely no financial control given he does not appear himself to be an investor. But his consortium will have the financial muscle to help stabilise the club, something he will help obtain by steering the ship. What Green’s exact role will be is unclear, be it Chief Executive, Director, Chairman or mere board member; but he will play an important role. And that is key – Rangers have been financially mismanaged for such a long period of time by people who should have known better, that having a clinical, objective businessman who can help rebalance the club and put it on an even keel is critical. Having a fan solely owning the club is not a good idea.
Green has also spoken at length with Graeme Souness regarding this deal, given his close links with the former Rangers manager when he sold him Brian Deane when Souness was Benfica manager in 1998. Whether or not Souness is part of the consortium, naturally, Green refused to confirm. He has also spoken with the current manager Ally McCoist so he has certainly gained insight from those closely tied to the club.
It is also pertinent to point out Green does not see himself as a long-term solution to the club – he has stated that his time at the club will see the financial and business model vastly improved, debts gone, and sensible levels of investment. He is a mere process in the recovery of this great club, leading a consortium who can hopefully help get the club back on its feet. Once this has been achieved and turnover is healthy with maybe a little profit, presumably Green will hand over to someone with a long-term vision and ambition for the club.
Of course, even the man himself does admit a lot of his consortium’s plans depend on a CVA being agreed, and the subsequent avoidance of the cliched ‘newco’ scenario, plus the hopeful success of the appeal against the transfer embargo. But he did appear to suggest a plan b has been drawn up should these outcomes go against the club.
Charles Green and his unnamed group of investors have a lot of work ahead of them, assuming their bid is fully accepted and they achieve control. His time at Sheffield, press-wise at least was slammed, but the man himself defended it vigorously stating that by the time he left, Sheffield United were the only club in England who were debt free. Quite a grandiose claim, and one he invited the watching press to disprove.
No one is 100% convinced by Green and his consortium, only time will tell if it is the right option for Rangers, but in the absence of any other credible bid, it appears to be the only option.
Green spoke well, and projected a sense of honesty and willingness to be transparent (despite his refusal to name the consortium members), but the proof is in the pudding and we will see if his tenure can match up to the bravado.
We will find out if Green and blue can really work together.